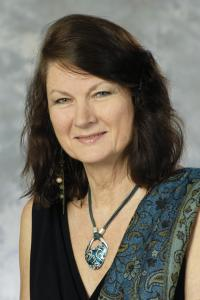 In 2004, the Instream Flow Council held its biennial meeting in New York Adirondacks.  Jim Henriksen, then with US Geological Survey’s instream flow team in Fort Collins, was an invited speaker.  He introduced his talk by saying that if an instream flow practitioner only read one scientific paper, it should be Bunn and Arthington 2002, titled “Basic principles and ecological consequences of altered flow regimes for aquatic biodiversity”.  And since then, as well as leading up to that publication, she has contributed much to the scientific understanding of the role of flow in streams, rivers, floodplains, and estuaries, with numerous scientific publications.  She has also been intimately involved in the practical side, making concepts turn into actual environmental flow.

She was a leading force behind the 2007 Brisbane Declaration, which clearly states to the world the importance of the integrity of freshwater systems to people.  She has been a member of the planning committee for Riversymposium, a major forum on environmental flows.  Thus she has been effective not only in developing understanding of the importance of flows to resources, but she has been able to carry that message to people who make decisions about water management.

In the Southern Hemisphere, she has been involved with cutting-edge developments in Australia and in southern Africa.  She and her students and colleagues have evaluated the broad ecological influence of flows, tying flow management to the whole environment and what humans value in it, and worked to implement flow management to achieve environmental values.

Her work to develop sound, workable environmental flow management included her co-leading role in the development of ELOHA, which is the method to define regional Ecological Limits Of Hydrologic Alteration.  Her work has included review and evaluation of many flow management tools, always aiming to provide the most effective tool for the purpose.

The Instream Flow Council is honored to present its Making A Difference Award to Professor Angela Arthington.